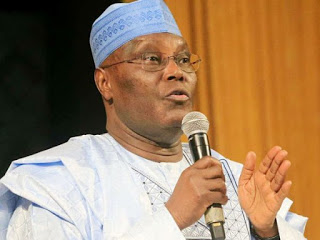 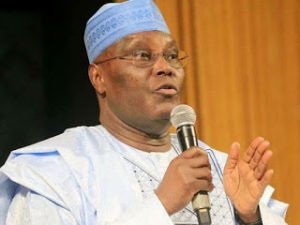 Peoples Democratic Party (PDP) presidential candidate Atiku Abubakar has declared a personal income of N60.2 million in three years, according to the credentials he filed with the Independent National Electoral Commission (INEC)

He also indicated in his tax returns attached to his presidential nomination form that he paid N10.8 million tax between 2015 and 2017.

Atiku is reputed to be a billionaire, one of Nigeria’s richest. He has been campaigning with his ability to create millions of jobs as, according to him, he does now with his numerous companies.

His N60.2 million income in three years is likely to surprise many.

The PDP candidate’s credentials indicate his highest educational qualification as a Diploma in Law of 1969 from the Ahmadu Bello University (ABU).

President Muhammadu Buhari, in an affidavit to support his form, said his credentials are still with the military.

In the sworn affidavit, the President, who is the candidate of the All Progressives Congress (APC), said: “I am the above-named person and the deponent of this affidavit herein. All my academic qualification documents as filled in my Presidential form, APC/001/2015 are currently with the Secretary of the Military Board as of the time of this affidavit.”

Seventy-four other people, apart from Buhari and Atiku, have filed nomination forms with the INEC to run for President on February 16 – 112 days away.

Yesterday, INEC, in line with Section 31 (3) of the Electoral Act 2010, as amended published the names and particulars of the candidates.

The candidates for senatorial and House of Representatives seats have also been published in the states.

The final days for submission of names of presidential candidates and Senate/House of Reps was last Thusday.

The Electoral Act Section 31 (3) states: “The commission shall, within seven days of the receipt of the personal particulars of the candidates, publish same in the constituency where the candidate intends to contest the election.”

Some of the other presidential candidates are Obadiah Mailafia of the African Democratic Congress (ADC), Donald Duke of the Social Democratic Party (SDP) and Olusegun Mimiko of Zenith Labour Party(ZLP).