China’s Center for Information and Industry Development has released its latest crypto project ranking. The center evaluated one more crypto project this month, bringing the total number of ranked projects to 34. Bitcoin has been downgraded while the top two positions remain unchanged. 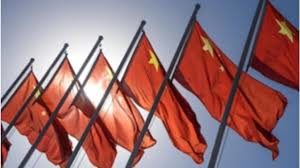 The Center for Information and Industry Development (CCID), under China’s Ministry of Industry and Information Technology, released its eighth crypto project ranking update on Thursday. Thirty-four crypto projects were evaluated this time, with Ontology as the newest addition.

EOS remains number one in the overall ranking, followed by Ethereum. Ontology debuted at number four, achieving the same score as Komodo. BTC dropped from the 13th position in the previous ranking to the 18th position, while BCH fell one place from the 29th spot to the 30th. Dwelling at the bottom is Decred, with NEM and Litecoin ranking just above it.

Ontology is described on its website as a distributed trust collaboration platform. Its “blockchain framework supports public blockchain systems and is able to customize different public blockchains for different applications,” its website details. The center specifically evaluated Ont ID, Ontology’s protocol for a “complete distributed identity framework supporting identity verification and authentication for people, assets, objects, and affairs.” According to the CCID:

Its [Ontology’s] main network was launched in June 2018. In this assessment, Ontology has outstanding performance in basic technology and application, with a composite index of 112.6, ranking fourth in the [overall] list.

The 34 projects were evaluated overall as well as in three separate categories: basic technology, applicability and innovation. In the basic technology category, EOS, Bitshares, Steem, Gxchain, and Ontology top the list this month. NULS has improved rapidly in this category, the CCID revealed. “According to the evaluation model, the basic technology [category] mainly examines the technical realization level of public chains, including functionality, performance, security and decentralization.”

In terms of applicability, the top five projects are Ethereum, NEO, Ontology, Nebulas, and Qtum. “The new Ontology replaced Dash in the top five,” the center wrote. “The applicability [category] mainly evaluates the comprehensive level of public chain support for practical applications, including node deployment, wallet application, development support and application implementation.” As for the innovation category, the top five positions are occupied by BTC, EOS, Ethereum, Komodo, and Cardano.

What do you think of this crypto project ranking? Let us know in the comments section below.