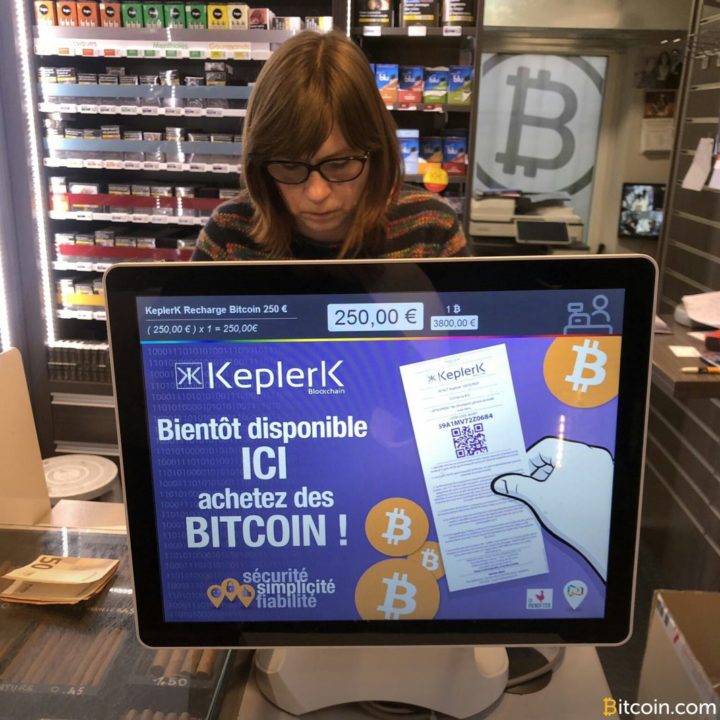 At least 24 tobacco shops have started selling bitcoin coupons in the French capital of Paris. Widely known as “tabacs”, the stores received regulatory approval for the cryptocurrency sales late last year. More than 6,500 tabacs – representing about a quarter of the registered tobacco stores in France – are expected to start offering BTC coupons by February.

According to a Reuters report published Jan. 9 (which mentions only six tabacs), French financial technology group Keplerk is backing the sale of bitcoin in tobacco stores. In 2018, the company reached an agreement with a local payments software provider allowing tabac owners to sell BTC vouchers that can be redeemed from wallet on Keplerk’s website. Keplerk put the figure of bitcoin selling tobacco outlets at 24, in a statement to French website capital.fr. Currently, BTC can be bought in three sums of 50 euros, 100 euros and 250 euros ($43, $86 and $250). In exchange for the euro, the user obtains a ticket containing an alphanumeric code and a QR code. Buyers then have to visit the Keplerk website to convert their vouchers into cryptocurrency of either bitcoin core or ethereum. Keplerk charges a commission of 7 percent on each ticket sold and gives 1.25% to the tobacconist, the company said.

Some people find it complicated to get bitcoins online They trust their local tobacco shop owner more than they would trust some remote anonymous website.

Tabacs already sell a variety of products including cigars, cigarettes and lottery tickets. Several of France’s 24,000 licensed tobacco shops have moved into new areas, such as prepaid credit cards, cellphone credits and money transfer services to compensate for the declining revenue from tobacco sales.

‘A Good Time to Buy’

Late last year, the French Prudential Supervision and Resolution Authority (ACPR), a unit of the country’s central bank charged with monitoring financial transactions involving banks and insurance companies, officially authorized the Federation of tobacco shops to begin selling bitcoin at the start of 2019.

Reuters quoted one Cyril Azria, a 45-year old man who became one of the first buyers of the BTC coupon saying: “I’ll use the bitcoins to buy some computer material on the internet and the rest to speculate. It’s a good time to buy,” he said, after spending 150 euros. French regulators have warned the public against investing in cryptocurrencies, saying the unregulated financial instruments are highly volatile. However, they have not blocked Keplerk’s tabac plan.

What do you think about French bitcoin-selling tobacco outlets? Let us know in the comments section below.